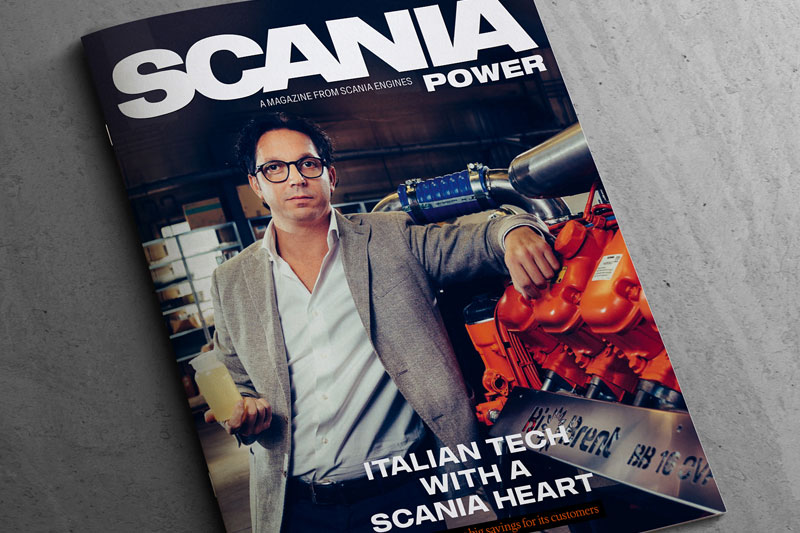 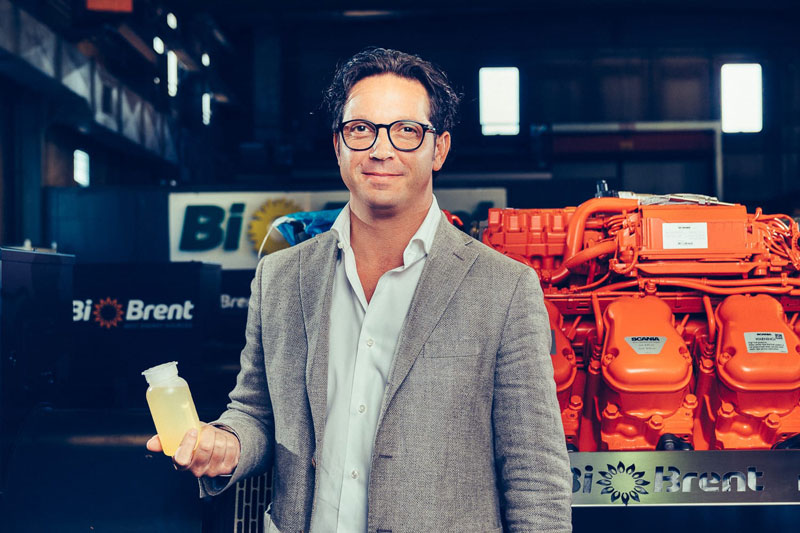 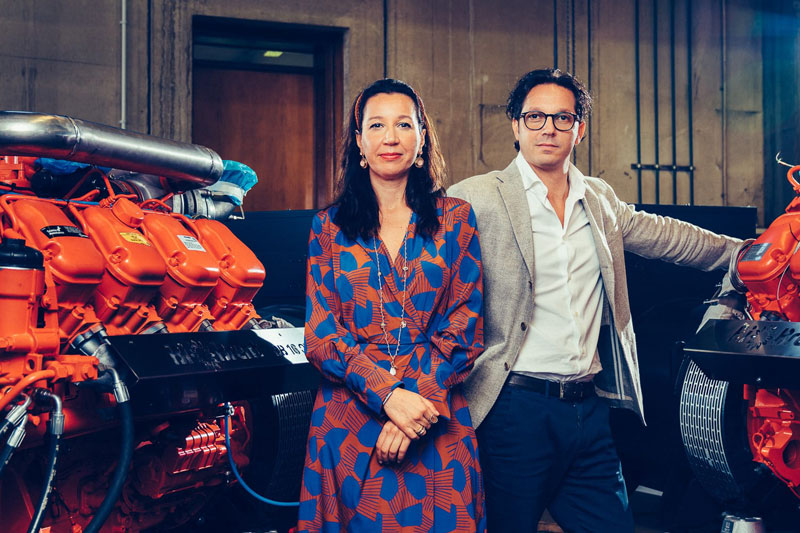 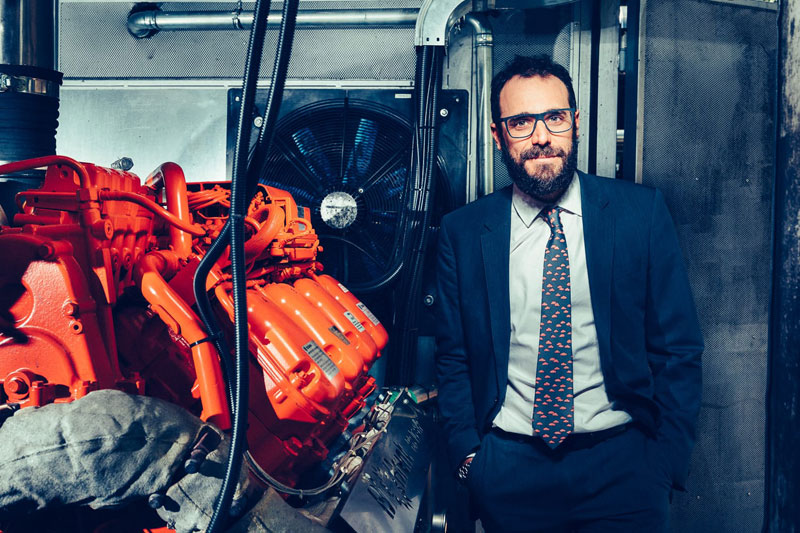 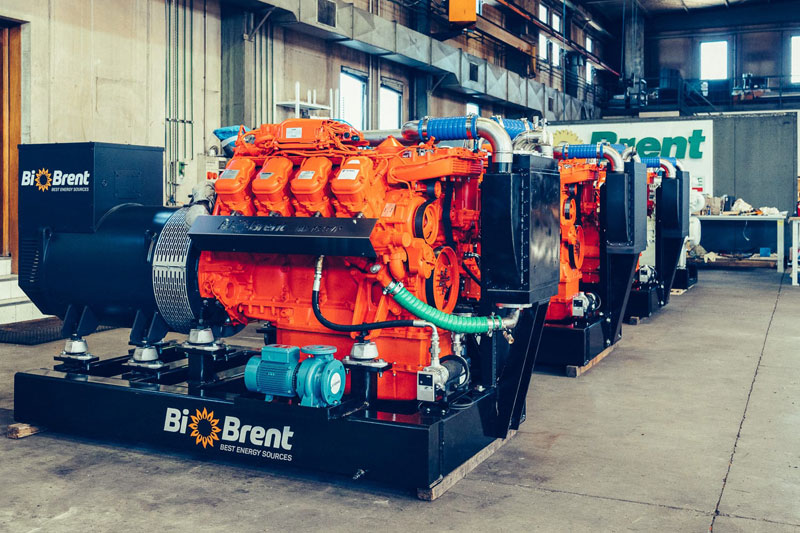 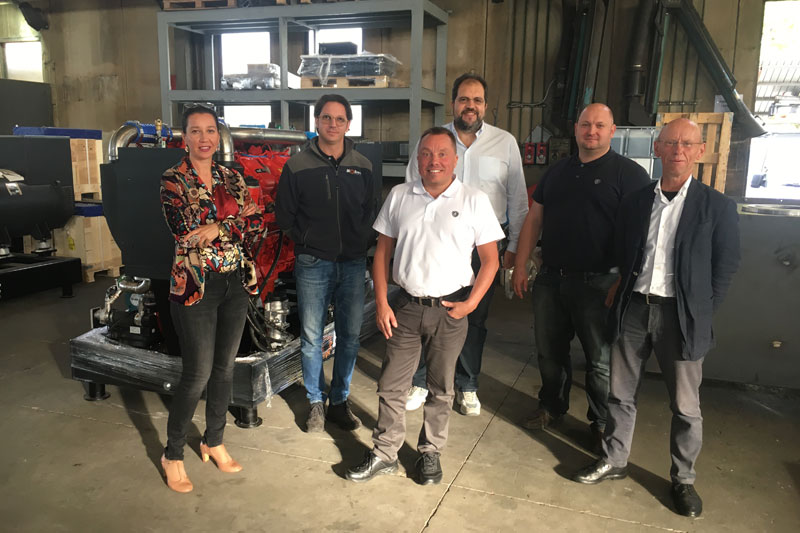 Scania Power a magazine from Scania Engines was published in three languages: English French and German. The technical newspaper is of world circulation.
Giovanni Brentan the owner of BioBrent, on the cover: "Italian tech with a Scania heart". BioBrent generates big savings for its customers. Some visits were made by the Sweden company to Noventa Vicentina to understand what was happening in the heart of the Italian north-East. Finally they have no doubt: Scania customers who are willing to approach cogeneration are recommended to contact us. Scania group recommend BioBrent cogeneration.
The article talks about our company that helps companies achieve financial and energy savings through the use of electrothermic generators. Below we report the article.

Italian newcomer BioBrent, makes cogenerators that allow companies such as Mecc Alte, a producer of synchronous converters, to realize big savings in both energy and money. It's a Scania heart that beats in these machines.

BioBrent
Noventa Vicentina, Italy
Iron cylinders, XPI common rail, great quality, high reliability and low consumption are the main reasons that we chose Scania DC16 078 A stationary engines.
The speaker, Giovanni Brentan, is the owner of BioBrent, a young Italian company located in Noventa Vicentina in the province of Veneto that specializes in the production of electrothermic cogenerators. For years Brentan had studied and tested all engine brands, but in the end he had no doubts. His machines's heart had to be a Scania engine.
Cogenerators convert engine-supplied mechanical energy into power and heat. Installed within a company, a hotel or a hospital, a cogenerator guarantees energy independence and brings the user substantial financial and energy savings into the bargain.
A cogenerator works 24 hours a day, seven days a week, 365 days a year.
"The best record obtained by one of our cogenerators was 8,400 hours' work in one year," says Brentan.
"The machine only stopped working for maintenance service. The high quality of Scania engines guarantees that such intensive work can be carried out problem-freeand with substantial fuel savings due to XPI common-rail injiection," he explains.
BioBrent currently has about 30 Scania DC 16 078 A engines that run on vegetable oil or animal fat instead of diesel fuel after some modifications to the engine made by BioBrent.
The company's solutions have been so effective that Scania in Italy actually recommends clients who require this type of engine to turn to BioBrent to modify the unit, which at the end of the process is renamed BB 16 OVP.
Among BioBrent's clients is Mecc Alte, a world leader in the field of synchronous alternators, with eight factories in Italy, the UK, China and India.
Mecc Alte has two BioBrent cogenerators at work at its headquarters in Creazzo, just a few kilometres from the northern Italian city of Vicenza. "For some years we had been using two cogenerators that had engines made by other brands. The time had come for a general review," says Mario Carraro, Mecc Alte's general manager.
"BioBrent proposed that we change them to their cogenerators powered by Scania engines. We made our decision in just five minutes: the name Scania is a full guarantee, and especially so to Mecc Alte, as we supply our alternators to Scania's Power Generation Division. We know all about the high quality of the company's products.
"BioBrent cogenerators have started supplying us with power and heat without complications," he says, "and this guarantees a fuel consumption saving of up to 10 percent." Together, and with the help of Scania power, Mecc Alte and BioBrent are perfectly is sync and generating substantial savings.